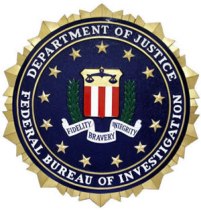 Through a Freedom of Information Act (FOIA) appeal, the FBI released heavily censored files on Arnon Milchan, files that were not scheduled for release until 2036. None-the-less, these files are revealing as to the intensity of the FBI's focus on Mr. Milchan, including memos to the Director of the FBI, keeping him informed of developments in the case. These memos confirm numerous facts detailed in the book Confidential, including the US Attorney's attempt to "flip" Richard Kelly Smyth against Mr. Milchan, an attempt that failed. Smyth of course disappeared shortly thereafter. The sheer amount of material that was censored in these documents is testimony to the sensitivity placed on this entire matter, to this day. Here are a few of the FBI-Milchan files:
07/15/1992: Record of a phone call between a supervisory special agent on Los Angeles and special agent in Portland classified as "secret." The special agent notified LA of impending news media coverage of "an extremely successful movie producer in Hollywood" [Arnon Milchan] noting that his ties to "Oliver Stone, Sidney Pollack, Barbara Streisand, Tom Cruise, Richard Dreyfus and Robert DeNiro. The subjects likely location and wealth "close to $1 billion" and close to "Labor Party officials in Israel" [Particularly Shimon Peres] is noted. Milchan's arms dealing through MILCO and ties to another American are explored in the heavily redacted file.
07/15/1992: Phone call record continues. "On 8/9/1985, two weeks from the trial date of [Richard Kelly Smyth] the U.S. Department of Justice requested Israel to obtain a sworn statement from [redacted] on the same date, US Customs served a subpoena on [redacted] seeking all records of business dealings... On this same date [Smyth] disappeared and a few days later he failed to appear for a motion hearing. As a result his bail was revoked and a warrant was issued for his arrest. He is still a fugitive." Details on how an Air Force Scientific Advisory Board (SAB) member steered contracts to MILCO. SAB members that invested in and joined MILCO's board of directors. SAB member that worked as an atomic bomb designer at Lawrence Livermore and Los Alamos during the Manhattan Project. "Large volume of the Israeli business at MILCO and whether some of the equipment being sold was sensitive and related to nuclear weapons field."

7/15/1992..."At the time of [Smyth's] disappearance, the US did not have any reliable information that the Israelis were enriching uranium via uranium hexafloride. That information did not surface for another year until an individual named [redacted] detailed drawings and photographs of Dimona, Israel's nuclear research center, to the London Times."

"When they repeatedly asked if proper licenses had been obtained and, on 7/24/1982, they resigned. During January, 1983, MILCO's Huntington Beach offices were burglarized and [redacted] filed a report with the FBI. The FBI advised the US Customs Service of these activities, and during May, 1983, Customs realized that the 'tubes' were actually mentioned highly-restricted krytrons."

During December, 1984, a US Attorney [redacted] began a plea bargaining negotiations with [Smyth] regarding the illegal sales in efforts to get [Smyth] to provide the government with information regarding [Milchan's] illegal activities. These negotiations failed, and in May, 1984, Smyth was indicted on 30 counts of smuggling and making fase statements, based on 15 shipments of krytrons to Israel [Smyth faced the possibility of 105 years in prison]. Notes on individuals involved in Iran-Contra affair, disruption of Iraqi nuclear reactor through sabotage.

2/25/1993: Priority message to the FBI Director and the Los Angeles office that "...during the later part of next week, during an NBC Nightly News broadcast, Tom Brokaw would reveal the background story of...MILCO". Of course, Brokaw and the FBI did not know half of what has since been reveal by the book Confidential, published years later.

3/29/1993: Message distribution to national and international offices. "The enclosed is for your information. If used in a future report, conceal all sources of paraphrase contents...This entire communication is classified SECRET. LA is requested to furnish a communication regarding the status of this pending matter to CI-2F Unit." (Confidential Informant).

4/23/1993: Message to FBI Director. "Enclosed for Los Angeles is one videotaped copy of two installments of NBC Nightly News that highlights some of the information that was provided to the Bureau and Los Angeles..."

11/30/1993: Message distribution to national and international offices. "The enclosed is for your information. If used in a future report, conceal all sources of paraphrase contents... This entire communication is classified SECRET. LA is advised to provide an appropriate UCFN for captioned matter," (Universal Case File Number).

06/05/1996: Open source news database information and "Who's Who in America, 1996" entry on smuggling case. "Case Agent [redacted] has requested that this matter be placed in a closed status at this time."
[Redacted pages]
news clipping, The New york Times, Saturday, May 1985 "Israelis Deny Knowing of Export Bar for Device Usable in A-Bomb", by Thomas Friedman. News clippings The Washington Post, May 15, 1985 "US Asks Israel to Account for Nuclear Timing Devices" by John M Goshko. 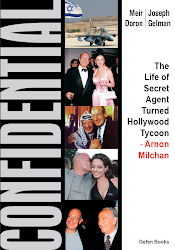 Click on image to go directly to Amazon for purcahse 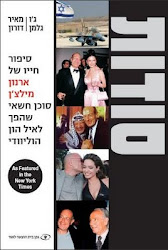 Just For Fun - The Movie Poster 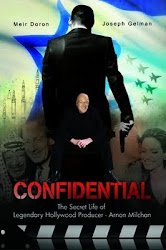 NBC News on 'Confidential': "A movie tycoon whose life story itself is a Hollywood movie"

Visit NBCNews.com for breaking news, world news, and news about the economy

The authors of Confidential can be reached at Confidentialbook@gmail.com. Or at 202-440-3050 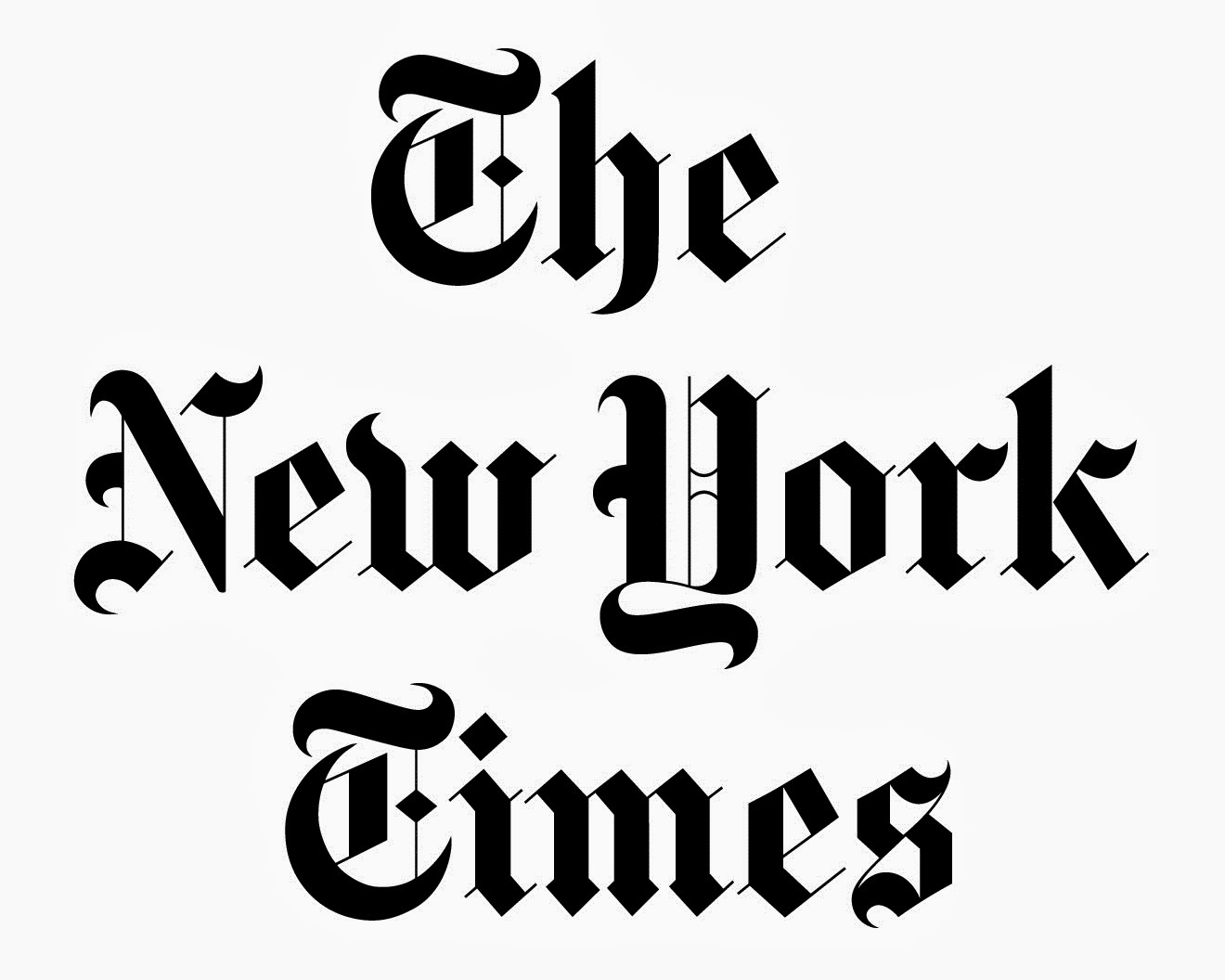 Fox News: "This is a Deadly Serious Book" 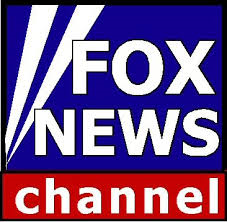 Fox News and the New York Times agree on something. Click on the image for the full backstory to the writing of the book 'Confidential' as published by FoxNews.com

Fox News on the 'Confidential' story: "This is a Movie in Itself" 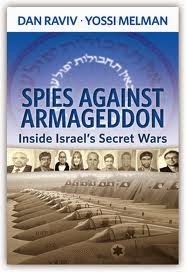 For a wider understanding of Israel's intelligence services beyond the story of one facinating man, the authors of 'Confidential' also recommend Dan Raviv and Yossi Melman's gripping book 'Spies Against Armageddon'. Click on the image to go to their Amazon page.

CNN on the 'Confidential' story: "Hollywood Execs Will Be Fighting to Get This to The Big Screen" 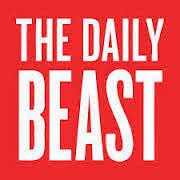 GUT WRENCHING: Arnon and Richard Kelly Smyth go shopping for nuke materials. Smyth is caught...escapes... and 16 years of fear and exile ensue. Click on image for the story. 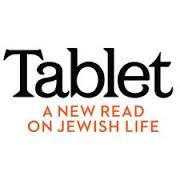 He may have produced '12 Years a Slave' as a measure of redemption, but before that he played a key, controversial and highly secret role in Aparthide South Africa. Click on image for the exclusive details.

Milchan's Spymaster Blumberg: "For years I carried a cyanide capsule in case I was caught" 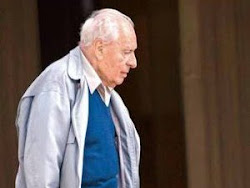 The only known photo of Arnon Milchan's Israeli Intelligence Handler and Trainer (between 1965-1981), LAKAM Chief and Master Spy Benjamin Blumberg. "Milchan was a man I could work with". Click Image for the full story.

Richard (AKA Dr. Jon Schiller) and Emily Smyth, The Owners of 'Milco', a LAKAM Front Company 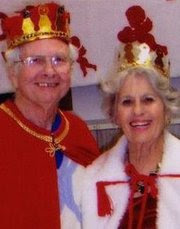 The fugitive couple who escaped to 16 years of exile in Malaga, Spain, after shipping nuclear weapons triggers (Krytrons) to their long-time business partner/LAKAM handler, Arnon Milchan. Smyth, who was caught, extradited and convicted in the case, blames Arnon Milchan for destroying his life. Click on image for the story. 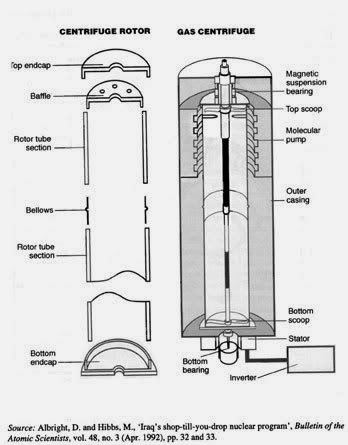 In the dead of night, Arnon Milchan secured the designs for advanced centrifuges for uranium enrichment... click on image for details:

A Fall From Grace - The Smyth mobile home 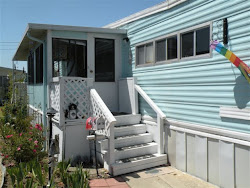 Once he was one of the most important and respected aerospace engineers in America with a waterfront mansion and a yacht. Today he lives in a little mobile home next to the railroad tracks in Lompoc, CA. Photo by Joseph Gelman. The Authors visited Mr. Smyth at his home as part of the investigative process.

Jonathan Pollard - Also a LAKAM Operative, and also handled by Rafi Eitan in 1985.... 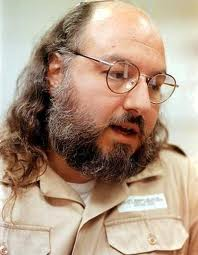 Arrested only months after Richard Kelly Smyth fled into exile in 1985 to live as a fugitive on the lam. The Smyth incident/disappearance undoubtedly played a negative role in Pollard's disproportionately harsh treatment... as US authorities were looking at that point to "send a message". Few have understood the connection between the Smyth and Pollard cases, and the time-frame. Pollard still rots in Jail, going on 29 years now. 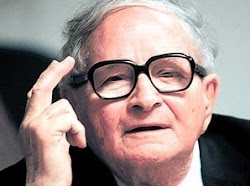 A less valuable sculpture by his friend Rafi Eitan sits on the living room table. 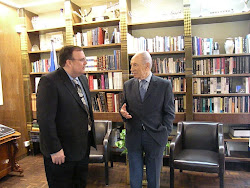 Peres: "It was I who recruited him"

Milchan Bugee Jumps off of Massive Bridge in South Africa. "I need a dose of danger to breath."

Amanda Coetzer, Milchan's second wife and Mother of two of his youngest children, Shimon and Olivia 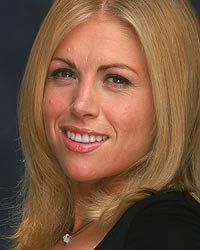 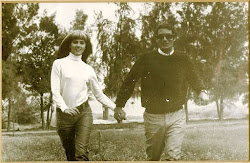 Brigitte is the mother of Yariv, Alexandra, Elinor Milchan 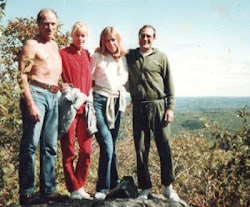 Along with their lovers on a relaxing weekend outside Ottawa. 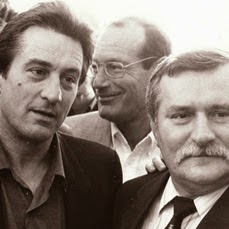 With the fall of the Berlin Wall, Polish President Walesa honored those who helped during the difficult days. 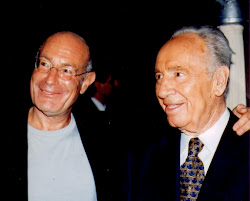 A strategic partnership and keepers of some of Israel's biggest secrets 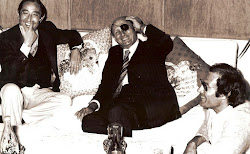 Uris and Milchan wanted to produce a movie based on Dayan's life with Robert De Niro in the staring role as Dayan. 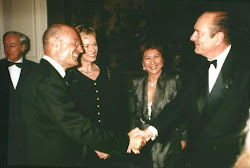 Standing alongside Milchan with blond short hair is Ase Thastrom, Milchan's former longtime lover who still lives in his Chateau in France, next door to the retired French President.

The Man in the Middle...in more ways than one 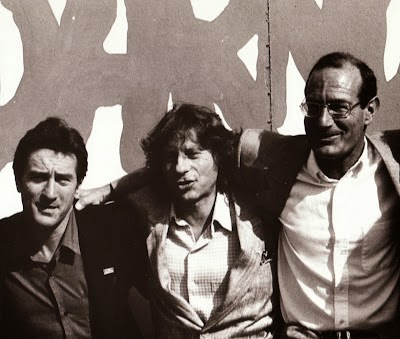 Milchan financed a production of 'Amadeus', the first Western cultural event held in Poland since before WWII. Polanski himself played the lead role. With the fall of Communisim in Poland, President Lech Walesa invited the trio for a Robert De Niro film festival that they organized. 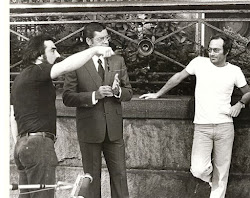 The Authors didn't even consider it 'news' when Milchan described to them the behind-the-scenes story of the beginning of Angelina and Brad's relationship, and the break-up with Jennifer Aniston. Apperently the tabloids considered it huge news.

The Secrets of the 'Secret Agents' of Mr. and Mrs. Smith

The Authors of 'Confidential', Meir Doron and Joseph Gelman

Top-notch Investigative Journalism of the 'old school' kind. The stunning Investigation that brought a super-agent in from the cold.

Sample of Articles & Links About Confidential; 65,000 Thousand and Counting:

'Confidential' In Every E-book Format Here.

'Confidential' in Hardcover and Kindle

'Confidential in Hardcover and the Nook

Confidential available on all Apple platforms

Confidential in Hardcover at Borders.